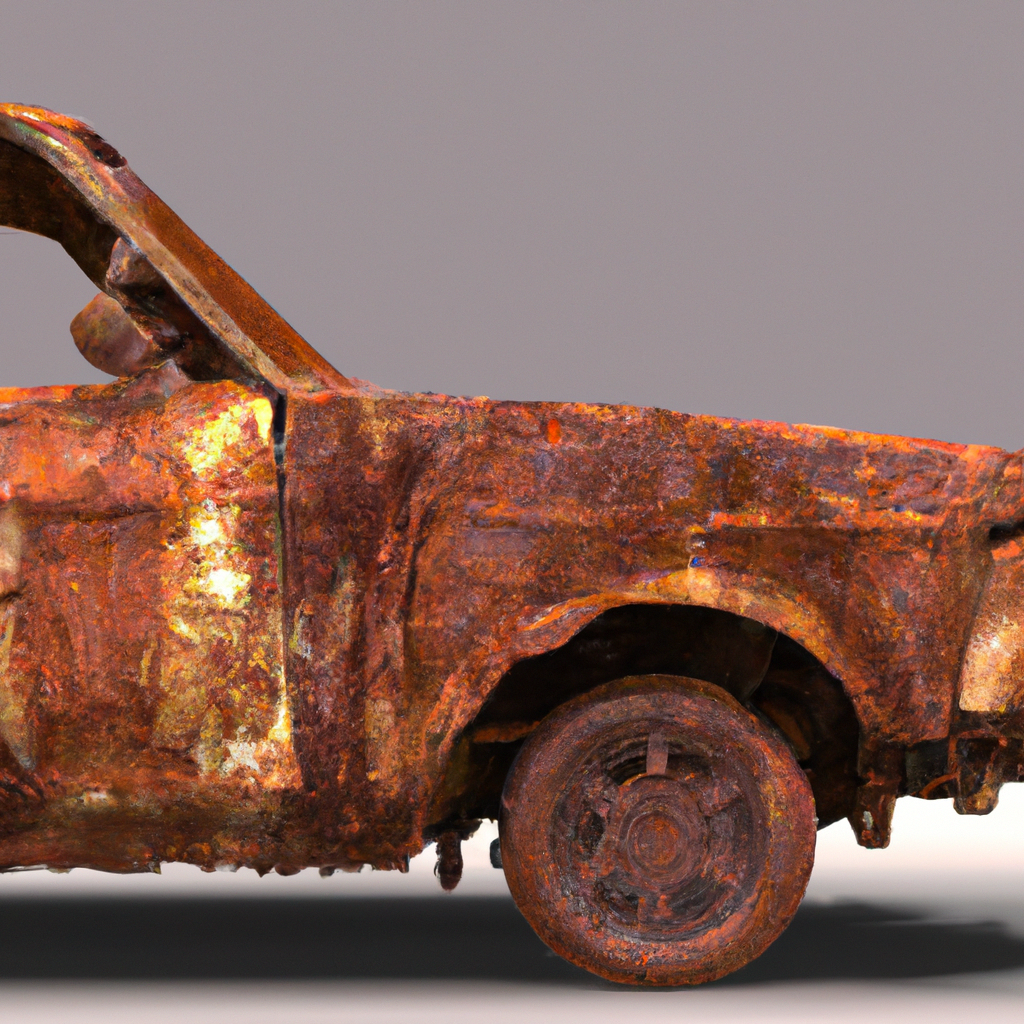 Welcome to the world of car maintenance! If you’re wondering if you can use a rust converter to keep your car looking shiny and new, then you’ve come to the right place. In this blog post, we’ll explore the possibilities of using a rust converter on a car and whether it’s worth taking the plunge. So, buckle up and get ready for an educational ride into all things rust-converter related!

Rust on your car can be a huge problem, leading to expensive repairs. A good rust converter product can help to prevent the damage caused by rust and save you money in the long run.

It is important to understand what rust converters actually do, how they work and when they should be applied. This guide will provide an overview of what uses a rust converter has and how it can help you protect your vehicle from further damage caused by corrosion.

Rust is a common problem for many car owners, affecting both the exterior and the undercarriage of cars. Rust is the result of oxygen, water, and metal combining to create an oxidized metal layer. This oxidized layer is usually reddish-brown in color and weakens the original metal it was applied to. Rust can also cause structural integrity problems as it can corrode through sheet metal, potentially compromising a vehicle’s safety.

Rust can be treated with rust converters to stop further corrosion while preserving existing material that has already been affected by rust. While some people opt to use regular paint over rust spots on their car, this method does not offer complete protection from future corrosion because it only covers up visible signs of rust without treating it completely.

What is a Rust Converter?

Rust converters are specialized chemical formulations used to treat exposed rust on metal surfaces. Instead of simply coating the rust and causing it to flake off over time, rust converters chemically convert the rust into a protective polymeric coating that prevents further oxidation and corrosion.

This means that the rust-treated surface—such as on a car—will remain more stable and last longer than if the rust had been simply painted over or covered up by a sealant. Rust converters are easy to apply and create less mess than conventional rust removal methods, such as blasting or sanding. Some brands even come in aerosol cans, which make application even simpler. Yet, caution must be taken when using a rust converter as it can be dangerous if handled incorrectly due to its corrosive nature.

Advantages of Using a Rust Converter

Rust converter is a useful product for dealing with rust on a car. It converts the rust into a stable compound and seals it off from further corrosion. When applied correctly, it can offer many advantages when compared to other rust treatment methods, such as sanding or painting over the rusted area.

First, using a rust converter is less labor-intensive than other methods of treating rust. Instead of sanding or manual removal, you simply need to prepare the surface and apply the rust converter product. Secondly, once applied, a rust converter creates an effective barrier which protects against future corrosion for up to five years; this is usually longer than provided by coatings and primers alone. Finally, applying the product is a cost-effective solution which doesn’t require specialist tools or expertise; anyone with basic DIY skills should be able to use it successfully with minimal effort.

When using a rust converter, however, it’s important to follow all safety protocols such as wearing protective clothing and using adequate ventilation and protection from flammable objects as per manufacturer instructions. Additionally, always use only compatible products (especially primers) to ensure best results.

Disadvantages of Using a Rust Converter

Using a rust converter is an inexpensive and easy way to treat problems with surface rust. However, because it doesn’t actually remove the rust, it has some significant limitations and potential drawbacks.

The main disadvantage of using a rust converter on a car is that it is only partially effective at treating the problem. When used on cars or other objects with thick layers of rust, it may not be able to penetrate deeply enough to get to all the underlying corroded material. This could allow some of the existing corrosion to remain, causing future problems down the line. Additionally, because it does not actually remove existing rust or corroded material, using a converter does nothing to improve the overall visual aesthetics or strength of the object.

Rust converters can also be ineffective when used outdoors due to their inability to stand up well in rainy conditions and direct sunlight which will reduce their effectiveness in removing and preventing further corrosion from occurring. The chemicals contained in most converters are also extremely toxic and care should be taken when handling them. Lastly, if you apply too much converter in areas that need more attention or you are dealing with particularly heavy corrosion on your car, you may run into difficulties as patches could wear away over time due to friction or road debris hitting them while driving.

How to Use a Rust Converter on a Car

Rust converters are chemical compounds that convert ferrous (iron-containing) metal surfaces into a protective polymer barrier. When applied to the body of a car, rust converters can protect against further rust formation and stop existing rust in its tracks. Rust converters work by forming an alkaline film over the rusty metal surface, which reacts with the iron oxide (rust) and converts it into a stable polymeric compound called magnetite. This new compound is impervious to corrosion and keeps oxygen from coming into contact with the underlying metal.

Before you treat your car’s body with a rust converter, make sure you have taken the following steps:

Following these steps will ensure that your car is properly protected from further rusting, so that it will continue looking good for years to come.

Common Questions About Using a Rust Converter on a Car

When applied properly, rust converters can be a great tool to help protect and repair rusted metal. Rust converters act as a primer and sealant by converting rust into iron oxide, which then joins with the formulation of the product to form a protective barrier on the base metal surface. This barrier keeps moisture out, preventing further rust formation. It also takes the place of other primers that may be required for painting or coating over rust. In some cases, it can even be used as a stand-alone protective coating without any paint or topcoat needed.

However, not all materials are suitable for treatment with rust converters and users should always test on an inconspicuous area first before applying on more critical surfaces. Additionally, it’s important to follow all safety guidelines provided by the manufacturer when using these products to ensure safe use and optimal results.